Feng shui is the Chinese system of creating harmony between humans and their environment. It literally means wind-water and good feng shui implies good fortune while bad feng shui implies misfortune or bad luck as Chinese culture has always associated gentle wind and clear water to be associated with good health and good harvest. The Taoist vision is based on the understanding that nature is alive and filled with energy or ‘Chi’. There is a male positive force called ‘Yin’ and a female negative force called ‘Yang’. Balancing both these energies in construction is the aim of Feng Shui. The goal of both Vastu Shastra and Feng Shui is to create a balanced and harmonious environment. 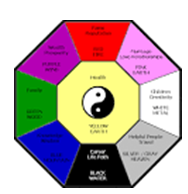 Similarities and Distinctions between Vastu Shastra and Feng Shui

The climatic and geographical differences and beliefs are taken into consideration in both the sciences of Vastu Shastra and Feng Shui before deciding on the one best suited to follow. Both Vastu Shastra and Feng Shui recognise that the entire universe is made up of five elements. In Vastu the five elements are earth, water, air, fire and space while in Feng Shui the five elements are earth, water, fire, wood and metal. The concept that the building should be oriented in the North South direction is common to both. In Vastu there are eight directions primarily dealt with while in Feng Shui there are twenty four directions as the eight main directions are further subdivided into 15 degrees each making a total of 24 directions.

Vastu’s terminology for ‘Chi’ is Prana. Feng Shui first evolved in gravesites to facilitate placement in such a way so as to benefit departed souls. Later it began to be used for the construction of residences, temples etc. Vastu states that the door should face either East as the sun rises in the East in India or North as it is regarded a source of magnetic energy while Feng Shui states that the door should face South as the North direction is considered to be inauspicious as sands and cold winds blow from this direction in China.

This results in differences in placement of the fire element in the kitchen, sleeping positions, placement of furniture etc. Both agree that shoes should be kept in front or behind the door as they cause bad energy and the door should be on the level of the road or higher than it. Just as Vastu Shastra uses a Vastu chart to plan houses Feng Shui uses a Bagua chart along with a compass. A lot of similarities exist with regard to construction of kitchen, dining room and bathroom.

Just as Vastu mentions a Tulsi plant or an idol of Ganesha as good omen and uses crystals, gemstones, pyramids etc as instruments for enhancing positive energies, Feng Shui uses wind chimes, bamboo, laughing Buddha etc. Both of them have similar views about construction of dwellings with sufficient air, sunlight, ventilation and open space without clutter. Just as Vastu mentions agarbatti or incense sticks for purifying the house Feng Shui mentions aroma therapy and scented candles.

Experts agree that it is better not to use an amalgamation of both the systems and an indepth study and use of either one of the systems can provide maximum benefit. Since there are inherent differences in both the Chinese and Indian cultures care should be taken to follow the correct procedure suited to each culture.