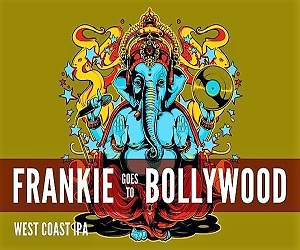 Distinguished Hindu statesman Rajan Zed, in a statement in Nevada (USA) today, said that inappropriate usage of sacred Hindu deities or concepts or symbols or icons for commercial or other agenda was not okay as it hurt the devotees.

Zed, who is president of Universal Society of Hinduism, indicated that Lord Ganesh was highly revered in Hinduism and he was meant to be worshipped in temples or home shrines and not to be used as beer label in a reimagined version. Moreover, linking a deity with an alcoholic beverage was very disrespectful, Zed added.

Brewing companies should not be in the business of religious appropriation, sacrilege, and ridiculing entire communities. It was deeply trivializing of immensely venerated Hindu deity Lord Ganesh to be portrayed in this manner on a beer label, Rajan Zed emphasized.

Zed further said that Hinduism was the oldest and third largest religion of the world with about 1.2 billion adherents and a rich philosophical thought and it should not be taken frivolously. Symbols of any faith, larger or smaller, should not be mishandled.

Hindus were for free artistic expression and speech as much as anybody else if not more. But faith was something sacred and attempts at trivializing it hurt the followers, Rajan Zed stated.

In Hinduism, Lord Ganesh is worshipped as God of wisdom and remover of obstacles and is invoked before the beginning of any major undertaking.

Awards-winning Holmentoppen Bryggerhus, launched in 2013, sells beer sets; which include malt, hops and a description of the process. One can choose to add yeast and labels (claimed to fit all current bottles and cans) to the set or whether one wants the firm to crush the malt. Other beer sets sold by the firm include “Triple Demons”, “Helles Angels”, etc.

2021-06-02
Previous Post: Netflix refuses to back out of “Record of Ragnarok” despite Hindu protest saying it trivializes Lord Shiva
Next Post: Happy Apara Ekadashi