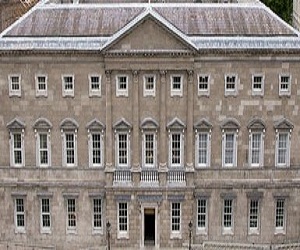 Welcoming Ireland President Michael D. Higgins reported comments that he would like to see yoga taught to school children across Ireland, Hindus are urging that all Ireland schools should urgently adopt yoga as a part of their curriculum, providing an opportunity to students to avail the multiple benefits yoga offered.

Distinguished Hindu statesman Rajan Zed, in a statement in Nevada (USA) today, exhorted all state-funded, private and other schools of Ireland to embrace yoga as part of their curriculum so that students did not miss a learning chance in this competitive world. Absence of yoga in schools was clearly doing a disservice to students and denying them the valuable opportunities yoga provided.

Rajan Zed commended Senator Jerry Buttimer’s reported call in the past for teaching yoga in Ireland schools and adding it to the curriculum. Political and educational leaders of Ireland needed to wake up to the needs of Ireland pupils and support introduction of multi-beneficial yoga in schools, he pointed out.

According to a report of US Centers for Disease Control and Prevention: “Yoga is the most popular complementary health approach in the United States – used by 14.3% of the adult population, or 35.2 million people”. According to US National Institutes of Health; yoga may help one to feel more relaxed, be more flexible, improve posture, breathe deeply, and get rid of stress. A research study by Trinity College Dublin indicated: Meditative and pranayama practices result in attentional, emotional, and physiological enhancements. Yoga was the repository of something basic in the human soul and psyche, Zed added.