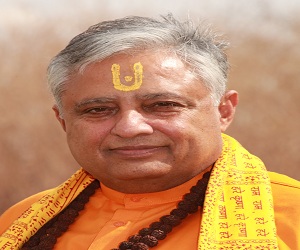 Hindus have strongly criticized Irish footballer Roy Keane who seemed to be blaming yoga for his “worst performance” when asked in a recent interview by English football pundit Gary Neville.

Passing blame of one’s crummy performance to highly beneficial yoga was quite out of line as many scientific/academic/clinical/etc. studies had revealed the multiple benefits yoga provided; distinguished Hindu statesman Rajan Zed stated in Nevada (USA) today.

Zed, who is President of Universal Society of Hinduism, emphasized that Keane needed to wake up and wholeheartedly re-incorporate highly beneficial yoga in his life. He was clearly doing a disservice to himself if not fully availing the valuable opportunities yoga provided.

Rajan Zed pointed out that Ireland President Michael Higgins recently reportedly commented that he would like to see yoga taught to school children across Ireland. According to US National Institutes of Health; yoga may help one to feel more relaxed, be more flexible, improve posture, breathe deeply, and get rid of stress. A research study by Trinity College Dublin indicated: Meditative and pranayama practices result in attentional, emotional, and physiological enhancements.

According to a report of US Centers for Disease Control and Prevention: “Yoga is the most popular complementary health approach in the United States – used by 14.3% of the adult population, or 35.2 million people”. Yoga was the repository of something basic in the human soul and psyche, Zed added.