Hindus have welcomed Tate Modern, one of the largest museums of modern and contemporary art in London, offering yoga classes from July 28 to August 18; and are urging all world museums to launch yoga on their premises.

This hour-long class will focus on “strength, mobility and relaxation”. This “gentle energising flow” will “wake up the body by linking breath to movement”, the announcement includes. In collaboration with Frame; whose mantra is that “getting fit should never feel like a chore”; these yoga classes come with a Yoga Brunch whose menu includes “turmeric and ginger cleansing shot”, “quinoa salad with chai tofu”, etc.

Distinguished Hindu statesman Rajan Zed, in a statement in Nevada today, termed it as a step in the positive direction to make yoga available at such an inspiring museum location and blending yoga with art.

Yoga, referred as “a living fossil”, was a mental and physical discipline, for everybody to share and benefit from, whose traces went back to around 2,000 BCE to Indus Valley civilization; Zed, who is President of Universal Society of Hinduism, noted.

According to US National Institutes of Health, yoga may help one to feel more relaxed, be more flexible, improve posture, breathe deeply, and get rid of stress. According to “2016 Yoga in America Study”, about 37 million Americans (which included many celebrities) now practice yoga; and yoga is strongly correlated with having a positive self image.  Yoga was the repository of something basic in the human soul and psyche, Zed added.

Tate Modern, whose Mission includes increasing “everyone’s enjoyment and understanding of art”, was launched in 1897. Maria Balshaw and Lionel Barber are Director and Trustees Chairman respectively. 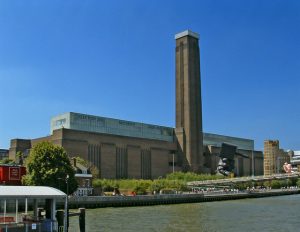