In: Newsworthy
With: 0 Comments 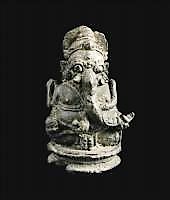 Distinguished Hindu statesman Rajan Zed, in a statement in Nevada (USA) today, said that Lord Ganesha was deeply revered deity among Hindus and was sacred-pious-holy. Placing him in the collection of “Profane Museum” was very disrespectful to the deity whom Hindus worldwide worshipped regularly.

Zed, who is President of Universal Society of Hinduism, indicated that this 8-9th century bronze statue of Lord Ganesha should not be associated with “Profane Museum”; and urged Vatican Museums director Barbara Jatta to display it respectfully in another Vatican museum.

In Hinduism, Lord Ganesha was worshipped as god of wisdom and remover of obstacles and was invoked before the beginning of any major undertaking; Rajan Zed pointed out.

Hinduism, oldest and third largest religion of the world, has about 1.1 billion adherents, and moksh (liberation) is its ultimate goal.

“Profane Museum”, which was reportedly inaugurated in 1767, has four galleries and a hall.