A study authored by three Australian National University (ANU) researchers have reportedly concluded that some Australian Capital Territory prisoners who participated in the yoga program “attained statistically and clinically significant benefit from the program, demonstrated by improvements in their levels of depression, anxiety, self-esteem, goal-direction, negative affect, and non-acceptance”.

This recently published study in the “International Journal of Offender Therapy and Comparative Criminology” further inferred: They also reported improved flexibility, sleep and relaxation, pain reduction, and identified improvements in their mental well-being, commenting that the program made them feel “calm” and “at peace.”

The researchers are “advocating for the expansion of such programs in Australian prisons”.

Commending ANU and others who partnered in this study, distinguished Hindu statesman Rajan Zed, in a statement in Nevada (USA) today; urged Australian Prime Minister Scott Morrison, Attorney-General Christian Porter and Health Minister Greg Hunt to work towards formally introducing yoga programs in all the prisons/correctional-centers of the country, thus incorporating highly beneficial yoga in the lives of Australian prisoners for the purposes of their rehabilitation and reintegration into the community.

Yoga, referred as “a living fossil”, was a mental and physical discipline, for everybody to share and benefit from, whose traces went back to around 2,000 BCE to Indus Valley civilization; Zed, who is President of Universal Society of Hinduism, noted.

Rajan Zed stated that yoga, although introduced and nourished by Hinduism, was a world heritage and liberation powerhouse to be utilized by all. According to Patanjali who codified it in Yoga Sutra, yoga was a methodical effort to attain perfection, through the control of the different elements of human nature, physical and psychical.

According to a report of US Centers for Disease Control and Prevention: “Yoga is the most popular complementary health approach in the United States – used by 14.3% of the adult population, or 35.2 million people”. According to US National Institutes of Health; yoga may help one to feel more relaxed, be more flexible, improve posture, breathe deeply, and get rid of stress. Yoga was the repository of something basic in the human soul and psyche, Zed added.

ANU in Canberra, established 1946 and which hosted several Nobel laureates, claims to be “a world-leading centre for research, education and policy engagement”. Brian P. Schmidt is Vice-Chancellor. 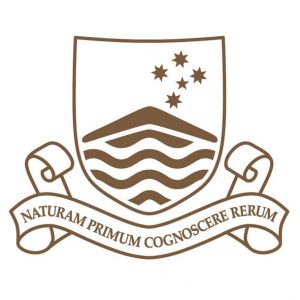