Teenager Sanya Singhal, who was expelled from Aranmore Catholic College (ACC) in Leederville (Perth, Australia), for wearing nose stud; has reportedly returned to school after about six weeks complete with her nose stud; and Hindus are calling it a “Teachable Moment” for Australia.

Distinguished Hindu statesman Rajan Zed, in a statement in Nevada (USA) today, said that Australia should understand that it had evolved into a diverse multi-cultural society. It was time now that Australia seriously started having a feel for the religious and cultural sensitivities of all Australians, including minorities and new citizens.

Zed, who is President of Universal Society of Hinduism, indicated that kicking out an otherwise “good student” from school and penalizing her simply for following her religious beliefs and heritage was heart-breaking, and should not be acceptable in a civilized and developed society like Australia.

Rajan Zed stated that ACC, founded by Sisters of Mercy, should formally apologize to Sanya, her family and broader Hindu community; adequately compensate the affected family for the unnecessary stress, harassment and educational loss they faced; and take action against those who caused it to happen. It would help every Australian feel “included”, Zed added.

Moreover; Australian Human Rights Commission and Premier of Western Australia (WA) Mark McGowan should formally award defenseless 15-years old Sanya for bravery in standing for her rights alone and firmly, despite humongous odds. Many from the minority communities and religions might be silently enduring discrimination and harassment in WA and Australia and not standing up for fear of repercussions, Zed pointed out.

Rajan Zed urged launching of a thorough investigation into ACC policies and procedures; which seemed discriminatory and denied the right to teenager Sanya to express her religious and cultural identity freely. “Uniform and Grooming Guidelines” of ACC should be amended accordingly for future, displaying that it truly believed “in the inherent dignity of the individual”.

Zed further said that this student was apparently honoring the tradition of her family, who were reportedly of India descent, by putting a stud in her pierced nose. Nose piercing and nose ornaments had been a tradition of women of India for centuries and the Hindu goddesses had been depicted wearing nose ornaments.

Rajan Zed said that they respected the school dress code policy as long as it did not violate the traditions and beliefs of the pupils. Noses of girls in India were usually pierced around puberty and it reportedly found mention in ancient Ayurvedic text. Old architecture and paintings of India depicted the presence of tradition of nose ornaments and Indian poets had been singing their praise.

Zed stated that denying a reportedly God-loving and God-fearing teenager the right to education, simply because she wanted to express her religious and cultural identity freely, was clearly against the values for which the Roman Catholic church, Sisters of Mercy and Pope Francis stood for.

It was shocking for the hard-working, harmonious and peaceful WA Hindu community, who had made lot of contributions to the state and society, to receive such signals of maltreatment; Rajan Zed noted.

Zed thanked Sue Ellery, Western Australia Government Minister for Education and Training and Leader of the Legislative Council, for informing him that the Department was “enquiring into the matter”.

Catholic Education system, WA’s second largest, educates over 73,000 in 163 schools/colleges in the state “with a focus on the development of the whole person”. 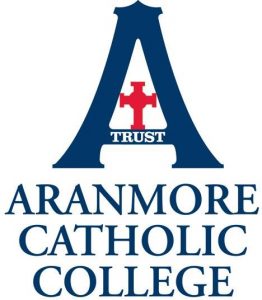