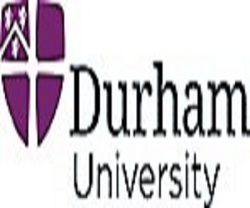 Hindus are disheartened by the response of England’s prestigious Durham University (DU) to their concerns of unfair treatment.

Zed, President of Universal Society of Hinduism; who received DU response to their concerns in an email on September 30 from Deputy Director Marketing and Communications Claire M. Whitelaw; pointed out that instead of specifically resolving their stated concerns; response just boasted unverified claims and commitments, like: “We are committed to providing opportunities for our students and staff to explore and follow their religion and beliefs. We welcome any suggestions and conversations on how we can continue to do this.”

This response also claimed: “…our Hindu students have access to nearby places of worship including the Hindu Temple in Newcastle and the Hindu Cultural Society in Middlesbrough.” Actually, both of these are reportedly community run religious centers accessible to everybody and DU has no role in these, Rajan Zed indicates.

How could we consider us Hindus as equal to others when there was no Hindu chaplain and no dedicated Hindu prayer hall at this “multi-cultural, multi-faith” public research university, which according to its own admittance, “has a substantial number of Hindu students and staff”? Zed asked

On the other hand; DU has about six Anglican, four other Christian (Roman Catholic, Baptist, Friends International, Orthodox), and one each of Jewish, Muslim, Humanist, Buddhist chaplains. It also houses two “dedicated Islamic Prayer Rooms”, a “dedicated kosher kitchen”, a “magnificent” Cathedral and eight chapels (including two in one of its colleges) with “regular Sunday services”. It is “able to offer” Halal food and its colleges often hold special celebrations such as carol services; Rajan Zed says.

A public and taxpayer funded “one of the world’s leading Universities” like Durham, should not be in the business of blatantly discriminating among various religions and belittling entire communities; Zed noted.

Moreover, teaching and research within its Department of Theology and Religion, which was claimed to be among “World Top 10”, was focused on three key areas: Biblical studies, Christian theology and the study of religion. This Department needed to seriously re-look at its curriculum and expand its studies of “other” religions, Rajan Zed added.

Zed further said that Hinduism was oldest and third largest religion of the world with about 1.1 billion adherents and it should not be taken frivolously. All faiths, larger or smaller, should be duly respected.

Rajan Zed urged DU to put an end to this disparity by having a Hindu chaplain and establishing a permanent and designated Hindu prayer-meditation hall (with attached kitchen) for rituals, quiet reflection, festivals and spiritual exercise; which would help in the personal growth of its Hindu students and staff. It was important to meet their spiritual needs and DU needed to recognize that intersection of spirituality and education was important in Hinduism.

Founded in 1832 and claimed to be a “globally outstanding centre of teaching and research excellence”, DU ranked sixth in the United Kingdom and claims that its “research spans the world and beyond”. It has 26 schools and 18,707 students and offers many research degrees