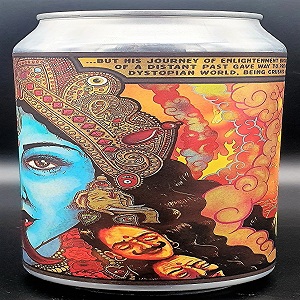 BTE Brewing Co., in emails to distinguished Hindu statesman Rajan Zed, who spearheaded the protest, wrote: …we would like to offer our sincerest apologies for any offence this has caused the International Hindu Community…it absolutely was not our intention to cause offence…we are willing to work with you to alter future releases of this beer…

Zed, who is President of Universal Society of Hinduism, in a statement in Nevada (USA) today, thanked BTE Brewing Co. for understanding the concerns of Hindu community, which thought image of goddess Kali on such a product was insensitive.

Zed had said that inappropriate usage of sacred Hindu deities or concepts or symbols or icons for commercial or other agenda was not okay as it hurt the devotees.

Rajan Zed had indicated that goddess Kali was highly revered in Hinduism and she was meant to be worshipped in temples or home shrines and not to be used in selling beer.

Breweries should not be in the business of religious appropriation, sacrilege, and ridiculing entire communities. It was deeply trivializing of immensely venerated Hindu goddess Kali to be portrayed on a beer label, Zed had emphasized.

Hindus were for free artistic expression and speech as much as anybody else if not more. But faith was something sacred and attempts at trivializing it hurt the followers, Zed added.

In Hinduism, goddess Kali, who personifies Sakti or divine energy, is considered the goddess of time and change. Some Bengali poets described her as supreme deity.

Description of Kali Yuga East India Porter (5.9% ABV), priced at £4.50, included: “A wicked blend of malts give this East India porter a unique flavour profile”. There was a mention on the can: “…being crushed under the powerful influence of Kali.”