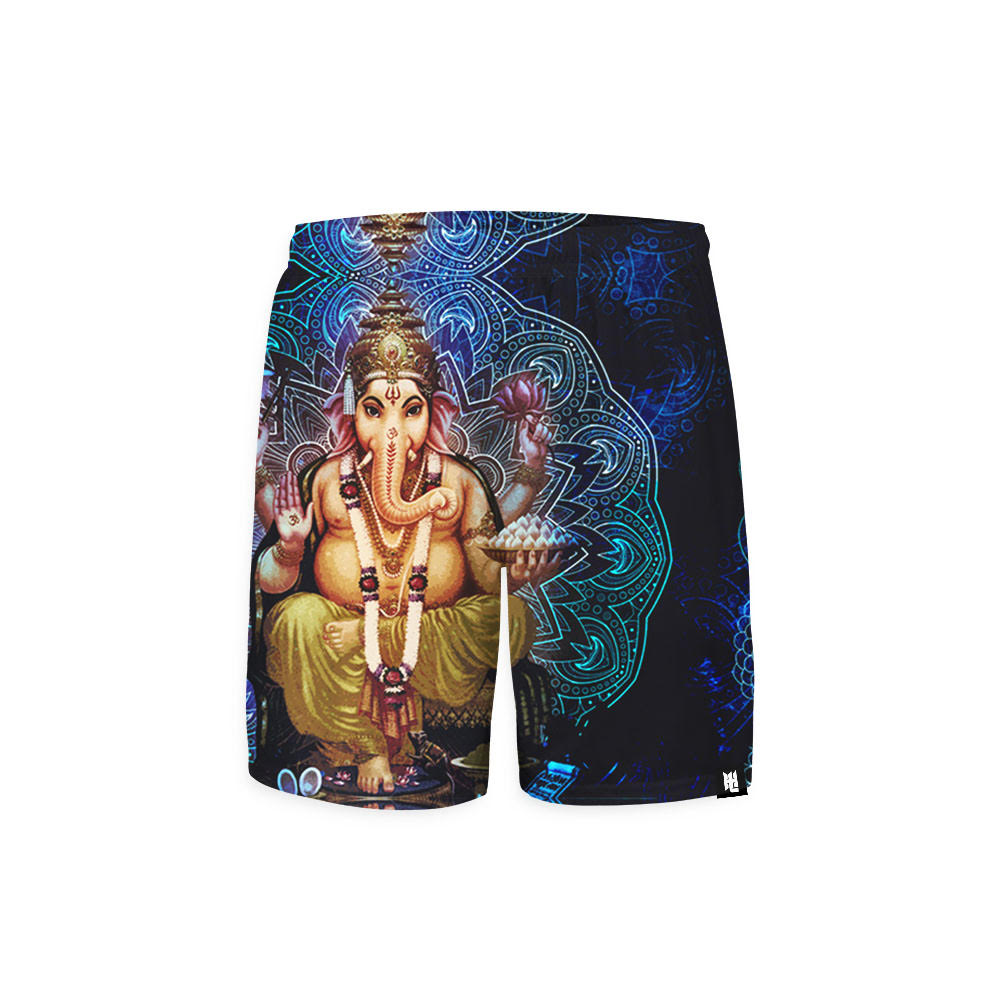 Distinguished Hindu statesman Rajan Zed, in a statement in Nevada (USA) today, said that Lord Ganesha was highly revered in Hinduism and was meant to be worshipped in temples or home shrines and not to adorn one’s thighs, hips, groin, buttocks, genitals and pelvis. Inappropriate usage of Hindu deities or concepts or symbols for commercial or other agenda was not okay as it hurt the devotees.

Zed, who is President of Universal Society of Hinduism, also urged “Hoodie Lab” and its CEO to offer a formal apology; besides withdrawing “Ganesha Shorts”.

“Hoodie Lab”; which describes itself as “Handcrafted apparel with unique designs from talented independent artists all over the world”; claims to “feature thousands of all over print hoodies, shirts, tank tops, and more”. Its “unique all over print clothing” is “designed to make you stand out”.