Distinguished Hindu statesman Rajan Zed, in a statement in Nevada (USA) today, said that Lord Ganesha was highly revered in Hinduism and was meant to be worshipped in temples or home shrines and not to adorn one’s legs. Inappropriate usage of Hindu deities or concepts or symbols for commercial or other agenda was not okay as it hurt the devotees.

Zed, who is President of Universal Society of Hinduism, also urged Alma Activewear and its CEO to also offer a formal apology, besides withdrawing Ganesha leggings/pants. 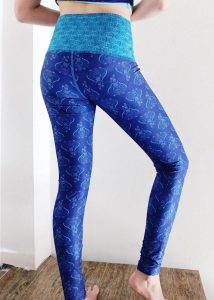 2019-07-04
Previous Post: Dance of Himachal Pradesh
Next Post: Why do some people wear the Mala around their neck?