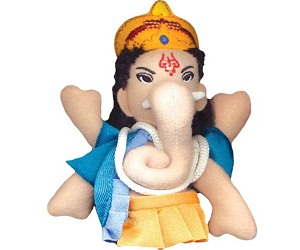 MCA, in an email to distinguished Hindu statesman Rajan Zed, who spearheaded the protest, wrote: As soon as this issue was brought to the Museum’s attention, the finger puppet was removed from the store. The Museum apologises to the Hindu community.

Zed, who is President of Universal Society of Hinduism, in a statement in Nevada (USA) today, thanked MCA for understanding the concerns of Hindu community, which felt that such a product was insensitive.

Rajan Zed suggested that institutions like MCA should send their senior executives for training in religious and cultural sensitivity so that they had an understanding of the feelings of stakeholders and communities in all the projects they undertake.

Zed had said that Lord Ganesha was highly revered in Hinduism and was meant to be worshipped in temples or home shrines and not to be manipulated by finger. Inappropriate usage of Hindu deities or concepts or symbols or icons for commercial or other agenda was not okay as it hurt the devotees.

Moreover, it was saddening for the devotees to see Lord Ganesha reduced as a finger puppet under the mercy and control of the owner; while in reality the believers put the destinies of themselves in the hands of their deities; Zed had indicated.

Although MCA claims to take a leadership role in “demonstrating the social impact of contemporary art”, but it seemed that Museum executives themselves needed some urgent cultural/religious sensitivity training to substantiate this claim; Rajan Zed had pointed out.

A taxpayer supported institution like MCA should not be in the business of trivializing a highly venerated deity, Zed had stated.

In Hinduism, Lord Ganesha is worshipped as god of wisdom and remover of obstacles and is invoked before the beginning of any major undertaking. Hinduism is one of the fastest growing religions in Australia, and according to 2016 census, formed 1.9% of the country’s population numbering at 440,300.

MCA, opened in 1991, receives over a million visitors annually and its collection contains over 4000 works by Australian artists. Objectionable Ganesha Finger Puppet, before its removal, was priced at $15.50 at MCA Store, which claims to be “Recognised as one of the best museum stores in the world”.