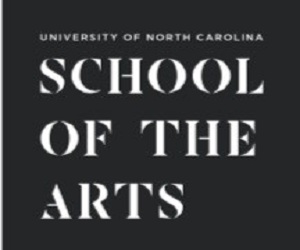 University of North Carolina School of the Arts (UNCSA) in Winston-Salem has announced the removal of ballet “La Bayadère” from its upcoming Spring Dance concert (April 30 to May 08), after Hindus protested saying it “seriously trivializes Eastern religious and other traditions”.

Jared Redick, UNCSA School of Dance Interim Dean, in an email today to distinguished Hindu statesman Rajan Zed, who spearheaded the protest, wrote:…UNCSA recognizes that the traditional interpretation of the full-length classical ballet, “La Bayadere,” is culturally insensitive and chose not to include the complete ballet in its repertoire for that reason. We realize that performing any portion of this ballet is racially insensitive and have decided to remove it from our Spring Dance performance… a new departmental committee is being developed to vet future productions and ensure that diverse stakeholders are respected in all of our performances… We are continually deepening awareness around the history of works such as these with our students and audiences, and we are committed to creating a culturally responsive curriculum…

Zed, who is President of Universal Society of Hinduism, in a statement in Nevada today, thanked UNCSA and Redick for understanding the concerns of Hindu community, which felt that such a display was insensitive.

Rajan Zed suggested that institutions like UNCSA should send their senior executives for training in religious and cultural sensitivity so that they had an understanding of the feelings of stakeholders and communities when undertaking new projects, creating curriculums, developing systems, etc.

Zed had said that taxpayer-funded public art school like UNCSA should not be in the business of callously promoting appropriation of traditions, elements and concepts of “others”; and ridiculing entire communities.

Rajan Zed had indicated that this deeply problematic ballet was just a blatant belittling of a rich civilization and exhibited 19th-century orientalist attitudes.

UNCSA, which claims to be “a top-ranked creative and performing arts conservatory”, should have shown some maturity before selecting a ballet like “La Bayadère” (The Temple Dancer) displaying Western caricaturing of Eastern heritage and abetting ethnic stereotyping, Zed had noted.

It was highly irresponsible for a public institution to choose such a ballet which had been blamed for patronizing flawed mishmash of orientalist stereotypes, dehumanizing cultural portrayal and misrepresentation, offensive and degrading elements, needless appropriation of cultural motifs, essentialism, shallow exoticism, caricaturing, etc. UNCSA, founded in 1963, could do better than this to serve its diverse stakeholders; Rajan Zed had stated.

Zed had suggested UNCSA Chancellor Brian Cole and Trustees Chair Ralph Hanes Womble to re-evaluate its systems and procedures so that such an inappropriate stuff did not slip through in the future.

Like many others, Hindus also consider ballet as one of the revered art forms which offers richness and depth. But we are well into 21st century now, and outdated “La Bayadère”, which was first presented in St. Petersburg (Russia) in 1877, is long overdue for permanent retirement from the world stage; Rajan Zed pointed out.

The wide-ranging Spring Dance concert of UNCSA was slated to be livestreamed from its Agnes de Mille Theatre during a six-show run. UNCSA, whose tagline is “powering creativity”, describes itself as “professional school for the performing, visual, and moving image arts”.