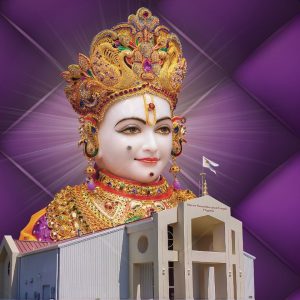 A Hindu temple, Shree Swaminarayan Temple Virginia, had its grand opening recently with ancient sacred Hindu rituals, after renovating a building which once housed Grace Bible Church in Chesapeake (Virginia).

It is the eighth temple of Maninagar Shree Swaminarayan Gadi Sansthan (headquartered in Ahmedabad, India) in North America. Others are in California, Delaware, Florida, Illinois, Kentucky, New Jersey, Ontario.

His Divine Holiness Acharya Swamishree Purushottampriyadasji Maharaj, spiritual leader of the Sansthan, presided over the opening ceremonies and consecrated the new temple. He is the current and fifth heir in the lineage of ascetic Acharyas, “which descends directly from Lord Shree Swaminarayan”.

Rajan Zed, who is President of Universal Society of Hinduism, further said that it was important to pass on Hindu spirituality, concepts and traditions to coming generations amidst so many distractions in the consumerist society and hoped that this temple would help in this direction.

Sansthan, whose history goes back to 1781, “is the worldwide centre for spiritual, cultural and social welfare” and undertakes community, charitable and educational activities. It has mandirs and mandals in Europe, India, Americas, Far East, Africa. Its followers reportedly adhere to vegetarianism and even onion and garlic are forbidden. It states that “Swaminarayan Faith is a branch of Hinduism, which was founded by Lord Shree Swaminarayan Himself, at the end of the eighteenth century in Northern India”.