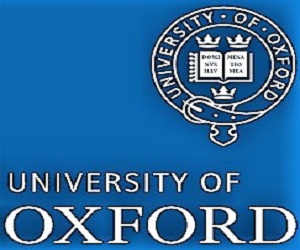 Upset Hindus are urging for sensitivity training for senior executives of Oxford University and a formal apology as reports surfaced of offering beef-laced candies at a recent dinner celebrating Diwali at its Christ Church College.

Distinguished Hindu statesman Rajan Zed, in a statement in Nevada (USA) today, said that Oxford University, which claimed to be “ranked first in the world” and whose history went back to 1096; needed to grow-up, educate itself and show more maturity and sensitivity to the feelings of its minority populations.

Zed, who is President of Universal Society of Hinduism, urged Oxford University, which also claimed to be “home to some of the most talented people from across the globe”, should urgently send its senior executives for cultural and religious sensitivity training. He also sought formal apology from Oxford University Chancellor Christopher Francis Patten and Vice-Chancellor Louise Richardson, and Christ Church Dean Martyn Percy for this blatant insensitivity towards Hindu students on their sacred and most popular festival Diwali.

Universities, supported by taxpayers and student tuition fees (many of whom were Hindu), should not be in the business of sacrilege and disrespecting entire communities. It was shocking and deeply hurtful for the Hindu community to visualize its students being reportedly served with beef-laced fruit gum candies Haribo Goldbears, Rajan Zed indicated.

Consumption of beef is highly conflicting to Hindu beliefs. Cow, the seat of many deities, is sacred and has long been venerated in Hinduism; Zed points out.

Rajan Zed further said that Hinduism was oldest and third largest religion of the world with about 1.2 billion adherents and a rich philosophical thought and it should not be taken frivolously. Feelings of all faiths, larger or smaller, should be duly respected.

Moreover, it was a very serious issue for the devotees and Oxford University should not take it lightly, Zed added.

Diwali, the festival of lights, aims at dispelling the darkness and lighting up the lives and symbolizes the victory of good over evil.

Awards-winning University of Oxford claims to be “world-leading centre of learning, teaching and research and the oldest university in the English-speaking world”. Christ Church states to be a “welcoming place” and a “college for everyone”.