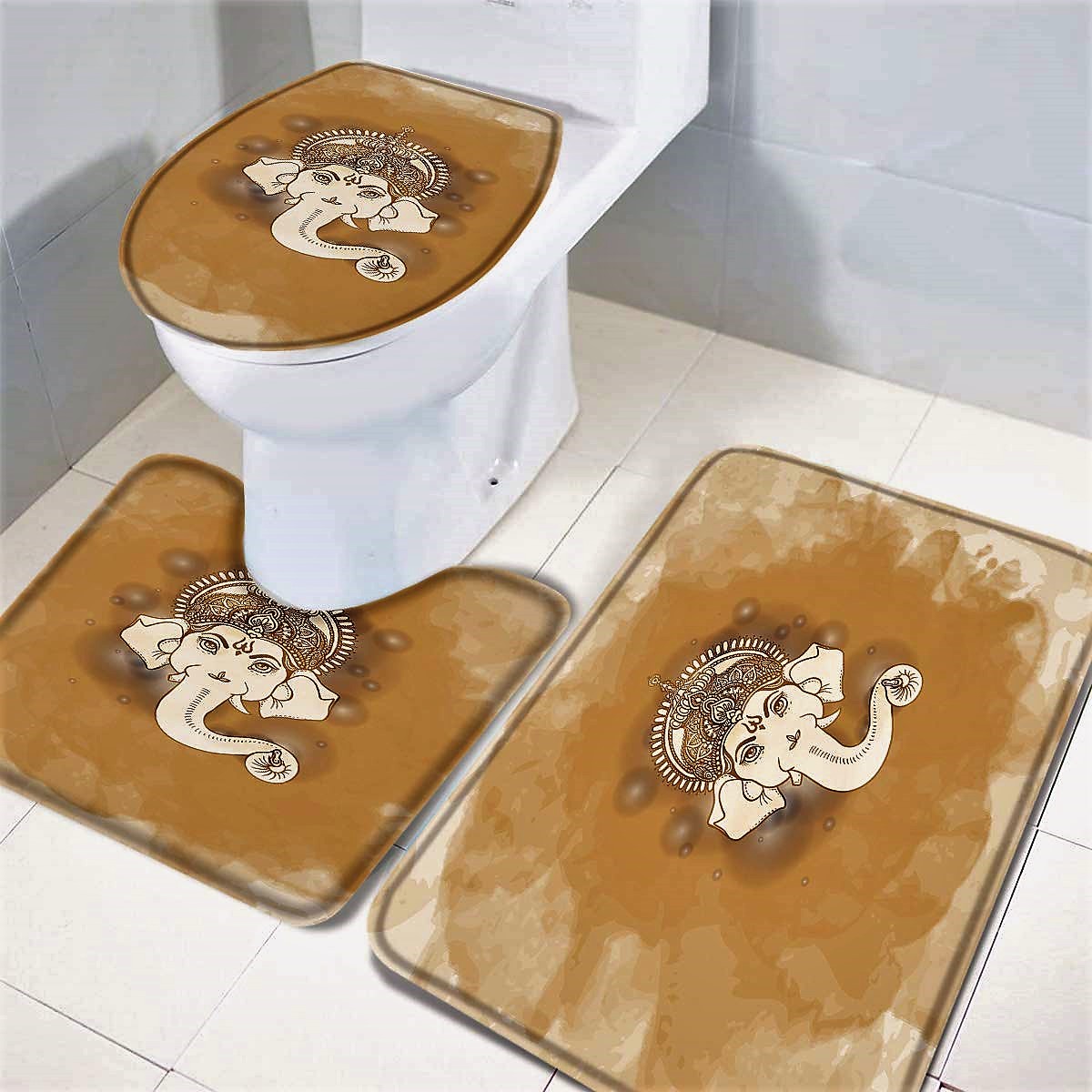 Distinguished Hindu statesman Rajan Zed, in a statement in Nevada (USA) today, said that Lord Ganesha was deeply revered in Hinduism and was meant to be worshipped in temples or home shrines and not to adorn a toilet seat cover or put your feet on or absorb bathroom moisture/water. Inappropriate usage of Hindu deities or symbols or concepts for commercial or other agenda was not okay as it hurt the faithful.

Hinduism was the oldest and third largest religion of the world with about 1.1 billion adherents and a rich philosophical thought and it should not be taken frivolously. Symbols of any faith, larger or smaller, should not be mishandled, Rajan Zed indicated.

Zed further said that such trivialization of Lord Ganesha was disturbing to the Hindus world over. Hindus were for free artistic expression and speech as much as anybody else if not more. But faith was something sacred and attempts at trivializing it hurt the followers, Zed added.

This objectionable T&H XHome 3-Piece Bath Mats Set for bathroom includes one round toilet lid cover mat, one bath mat, one U-shaped contour mat; and was priced at CDN$48.99. Its description states: “Protect your feet from the cold floor”.

Amazon.com, Inc., founded in 1994 and headquartered in Seattle (Washington, USA), claims to offer earth’s biggest selection. Its Canada office is reportedly based in Toronto.

2020-03-28
Previous Post: Like Christchurch, Hindus urge Auckland to shut down a busy street for yoga
Next Post: Hindus concerned at flag burning outside Hindu temple in New York City