In: Other countries, US News
With: 0 Comments 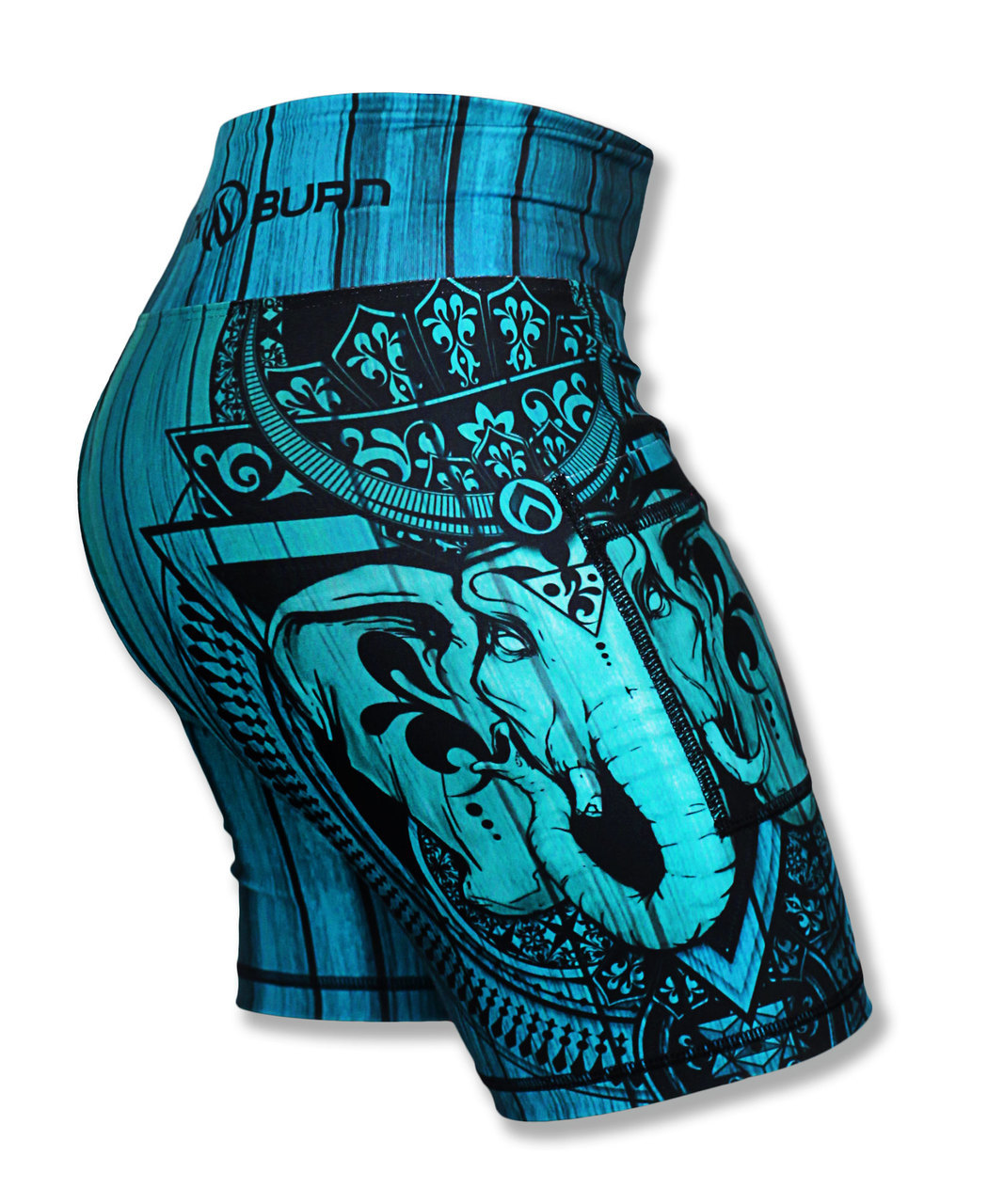 Distinguished Hindu statesman Rajan Zed, in a statement in Nevada today, said that Lord Ganesha was highly revered in Hinduism and was meant to be worshipped in temples or home shrines and not to adorn one’s thighs-hips-buttocks. Inappropriate usage of Hindu deities or concepts or symbols for commercial or other agenda was not okay as it hurt the devotees.

Zed, who is President of Universal Society of Hinduism, also urged INKnBURN and its CEO to offer a formal apology; besides withdrawing ‘Women’s Shakti 6″ Shorts’ from its website, Warehouse Store, other retailers in USA and abroad.

In Hinduism, Lord Ganesha is worshipped as god of wisdom and remover of obstacles and is invoked before the beginning of any major undertaking. There are about three million Hindus in USA.

Objectionable ‘Women’s Shakti 6″ Shorts’, “Inspired by Ganesha” was priced at $64.95

INKnBURN, founded 2008, whose mission is “to brighten the world with great art”, claims to have created over 800 designs. Besides website and Santa Ana Warehouse Store; its products sell in other retail outlets in Arizona, California, Colorado, Florida, Nevada, New Mexico, North Carolina, South Carolina, Texas; and has international presence in France, Germany, Japan, Netherlands, United Kingdom. Its products include “limited edition” “handcrafted athletic apparel for men, women, and kids”. “Distance yourself from the crowd with INKnBURN!”, it states.