Distinguished Hindu statesman Rajan Zed, in a statement in Nevada (USA) today, said that inappropriate usage of Hindu deities or concepts or symbols for commercial or other agenda was not okay as it hurt the devotees,

Zed, who is President of Universal Society of Hinduism, urged PG Soft and its CEO to publicly apologize and immediately recall this slot game showing image of Hindu deity Lord Ganesha. Associating Lord Ganesha with gambling was very insensitive.

Rajan Zed pointed out that Lord Ganesha was highly revered in Hinduism and was meant to be worshipped in temples or home shrines and not for inducing susceptible public to online gambling for the mercantile greed of an international company.

Hinduism was the oldest and third largest religion of the world with about 1.1 billion adherents and a rich philosophical thought and it should not be taken frivolously. Symbols of any faith, larger or smaller, should not be mishandled, Zed noted.

Rajan Zed is also urging the intervention in this matter of Malta Parliamentary Secretary for Financial Services Silvio Schembri, Malta Gaming Authority (MGA) Board Chairman Marlene Seychell and MGA CEO Heathcliff Farrugia. MGA should act as its “activities” include “Monitoring licensed gaming” and its “aims’ include “Ensure the integrity of games and gaming devices”, Zed added.

Zed also suggested PG Soft’s partners; like Nektan, Relax Gaming, Leander, SoftGamings, SBOBET, etc.; to persuade it to send its executives for training in religious and cultural sensitivity and do thorough homework before designing new products.

PG Soft; which claims to be “a world-class mobile games company”; has “offices based in Europe, North America and Asia”. Its “Vision” includes revolutionizing “mobile app gamification” and it claims to “deliver unrivalled gaming entertainment for all mobile slot players”. It prides itself “to deliver immersive gaming solutions on iOS, Android, and HTML5 platforms”. 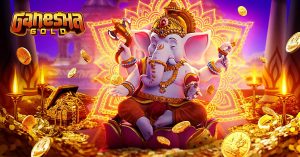