Distinguished Hindu statesman Rajan Zed, in a statement in Nevada today, said that Lord Ganesh was highly revered in Hinduism and was meant to be worshipped in temples or home shrines and not to place your pet on it or absorbing pet saliva. Inappropriate usage of Hindu deities or concepts or symbols for commercial or other agenda was not okay as it hurt the faithful.

Zed, who is President of Universal Society of Hinduism, also urged “The Mountain” and its CEO to offer a formal apology besides withdrawing “Ganesh Pet Bed”.

In Hinduism, Lord Ganesh is worshipped as god of wisdom and remover of obstacles and is invoked before the beginning of any major undertaking. There are about three million Hindus in USA.

Product description of Ganesh Pet Bed, priced at $60 – $130, stated: “…we think your pets should sleep in style… The cover is water resistant, removable (there’s a zipper) and machine washable, so a little dog slobber or cat drool isn’t a problem”.

Products of “The Mountain”, whose history goes back to 1972, include apparel for men, women, juniors and kids. It claims to have “over 1000 designs available” and its Mission includes “to Mountainize the world one beautiful shirt at a time”. 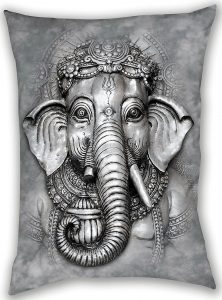