Hindu invocations were read at the June 12 meetings of Herriman and Bluffdale city councils, both in Salt Lake county of Utah, containing verses from world’s oldest extant scripture.

Distinguished Hindu statesman Rajan Zed delivered the invocations from ancient Sanskrit scriptures before the Herriman and Bluffdale city councils. After Sanskrit delivery, he then read the English interpretation of the prayers. Sanskrit is considered a sacred language in Hinduism and root language of Indo-European languages.

Zed, who is the President of Universal Society of Hinduism, recited from Rig-Veda, the oldest scripture of the world still in common use; besides lines from Upanishads and Bhagavad-Gita (Song of the Lord), both ancient Hindu scriptures. He started and ended the prayers with “Om”, the mystical syllable containing the universe, which in Hinduism is used to introduce and conclude religious work.

Besides Herriman and Bluffdale; Zed was also scheduled to read invocations in the city councils of Alpine, Oakley, Perry, Willard cities—all in Utah, between June 10-13.

Zed, a global Hindu and interfaith leader, has been bestowed with World Interfaith Leader Award. Zed is Senior Fellow and Religious Advisor to Foundation for Religious Diplomacy, on the Advisory Board of The Interfaith Peace Project, etc. He has been panelist for “On Faith”, a prestigious interactive conversation on religion produced by The Washington Post; and leads a weekly interfaith panel “Faith Forum” in a Gannett publication for over eight years. 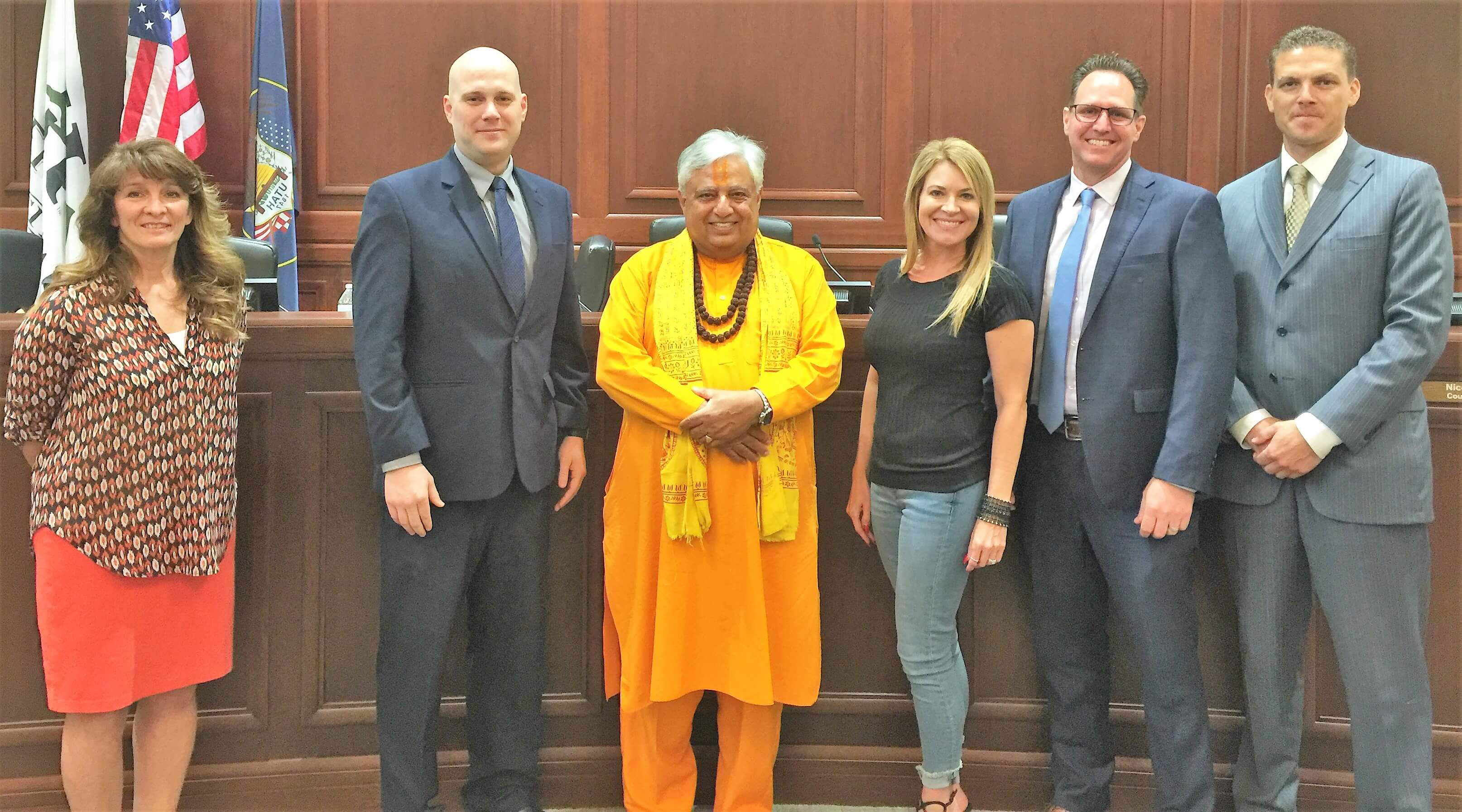