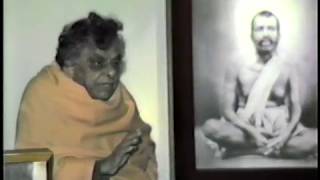 INTRODUCTION
Manomohan Mittra (1851–1903) is one of the famous disciples of Bhagavan Sri Ramakrishna Paramahamsa.
Manomohan was born in the year 1851 at a village in West Bengal. His father was a doctor, and an ardent devotee of Lord Shiva, and his mother was also a disciplined and a calm housewife and got sincere devotion on Shiva-Sakti, and used to spend her free time in the temples. He followed the foot-steps of his parents, and developed the bhakti spirit and worshipped the deities in the temples.
Once he had a nice dream, and in that dream, a holy saint appeared before him, and chanted the glories of Mata Kali in his ears, and disappeared. Manomohan had understood that the saint was none other than Sri Ramakrishna, since he had already read about the holiness of Sri Ramakrishna in the magazines like Indian Mirror and other newspapers. Hence he visited the great saint at Dakshineswar.
He met the great saint and discussed various spiritual matters, and peacefully returned to his hometown. After that, once in a month, he used to visit Sri Ramakrishna and received his blessings.
Manomohan’s sister was married to Rakhal Chandra Ghosh, who was later known as Swami Brahmananda, an ardent devotee and disciple of Sri Ramakrishna.
After serving the great saint for some years, he had permanently taken rest in the lotus feet of Mata Kali Devi.
Let us worship the divine saint and be blessed.
“OM SRI MANOMOHAN MITTRARE NAMAHA”
“JAI RAMAKRISHNA”
“JAI MATA SARADA”
WRITTEN BY
R.HARISHANKAR