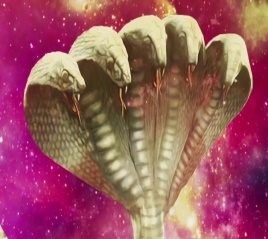 Adisesha is known as the King of Nagas as mentioned in the ancient puranas. Sesha is holding the entire universe in his body and is chanting the names of the Lord Vishnu from his mouth. He is considered as a very noble and a pious god. He is also called by various names such END_OF_DOCUMENT_TOKEN_TO_BE_REPLACED