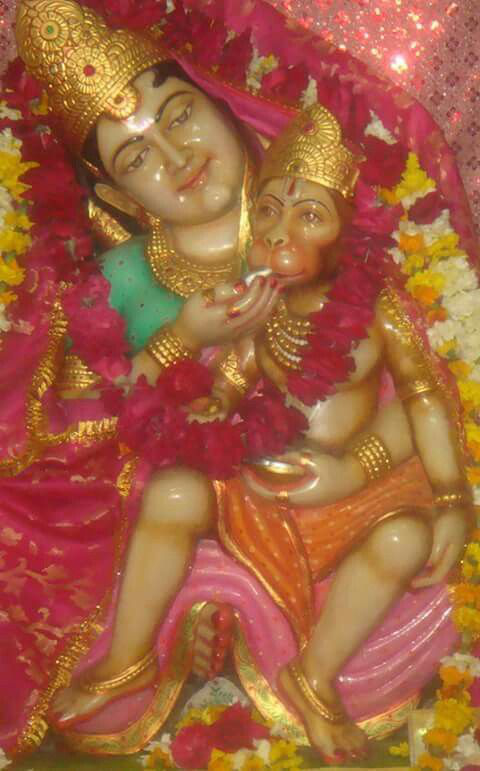 Anjana is the mother of Lord Hanuman, and lived during the Treta yuga. According to ancient legend, Anjana in her previous birth was a celestial dancer in the heaven, and due to a curse she was born on earth as a pious vanara lady and married Kesari, a vanara king. Vayu Bhagawan, the wind god, carried the spiritual powers of Lord Shiva to Anjana’s womb, and thus Hanuman was born as an avatar of Lord Shiva. The Anjaneyadri hill in Karnataka is believed to be the birthplace of Lord Hanuman.

In Himachal Pradesh, Goddess Anjana is worshiped as a family deity and a temple is dedicated to her and her Vehicle is a scorpion.

Mata Anjana is a great goddess who contains very good qualities, and took care of her child Hanuman similar to Mata Yashoda, who took care of Lord Krishna in a proper manner.  Hanuman also performed mischievous acts during his childhood similar to Lord Krishna, and after attaining teenage his behaviour has become completely changed and concentrated his entire attention on worshipping Lord Rama.

Mata Anjana is still protecting her devotees from their various problems and making them to attain great prosperity in their life. She gives good physical and mental strength and finally gives SALVATION to us. She always dwell in the hearts of those devotees who worships her along with her son Lord Hanuman and Lord Rama.

Let us worship Mata Anjana and be blessed.