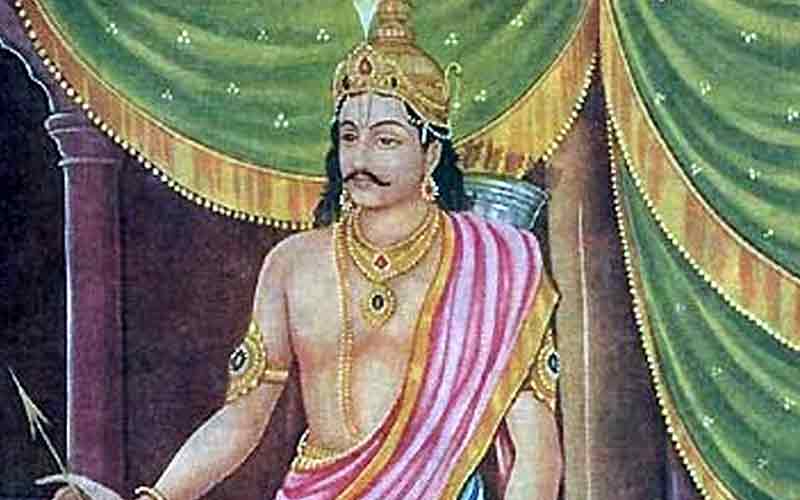 Kushanabha married to a pious woman dancer, and through her, he had daughters. Since Kushanabha had no male child, he sincerely prayed to Lord Indra, and due to that, one male child was born, who was known as Gaadhi. Kushanaabha ruled his kingdom in a prosperous manner, and he had given a golden rule. During his period, there were no hungry deaths, no suicides and murders, no enemy invasions etc. All these were happened due to the mercy of his beloved god Indra. According to him, next to Lord Vishnu, his favourite god is Lord Indra. Due to his sincere bhakti on Indra, once he was invited by Lord Indra to the Swarka Loka, and he went to the abode of Lord Indra, and after staying there for a few months, he returned back to his own kingdom, and ruled properly.

According to an ancient famous proverb, “those who take shelter under the Kingdom of King Kushanaabha, would never suffer from any kind of physical or mental diseases, and there would be no worries for them. In his kingdom, all of the people are treated equally, and everyone contains sufficient wealth in their homes”.

At his old age, he had crowned his son Gaadhi as the king of his kingdom, and went to the forest, and performed meditation on Lord Vishnu, and attained SALVATION.

Let us worship the great king Kushanabha and be blessed.