In: Rishi Men
With: 0 Comments 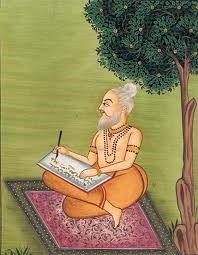 Jaabaali Maharshi was an ancient rishi. He was mentioned in puranas and in several hindu texts, and his importance is also mentioned. He was an expert in vedas and other hindu literature and contains good knowledge, wisdom and high meditative powers. He was good at doing yoga and meditation. He has also written lot of sacred texts. Through his spiritual powers, he had done good things for the welfare of the people, and invoked them in the spiritual path, and asked them to recite the names of the gods and goddesses in order to fulfil their desires.

Jaabaali will used to meditate in the Holy Mata Narmada River. He has also constructed an ashram and lived nearby the river. He also performed penance on Tirumala, the place which is known as “Jabali Theertham”, near Tirupati. Several devotees are visiting this place to solve their problems and to get peace of mind.

Due to his fine teachings, he has become famous, and got lot of followers. He lived his life in a righteousness manner. He never caused harm to others, and also never cursed others, even if they committed mistakes to him. He was such a kind of good rishi, and lived a saintly life throughout in his life. People were lived happily by following his teachings. He was praised by the people in the earth and by the demi gods in the heaven for his great service to the entire mankind and to the divine gods.

Let us worship the great rishi and be blessed.