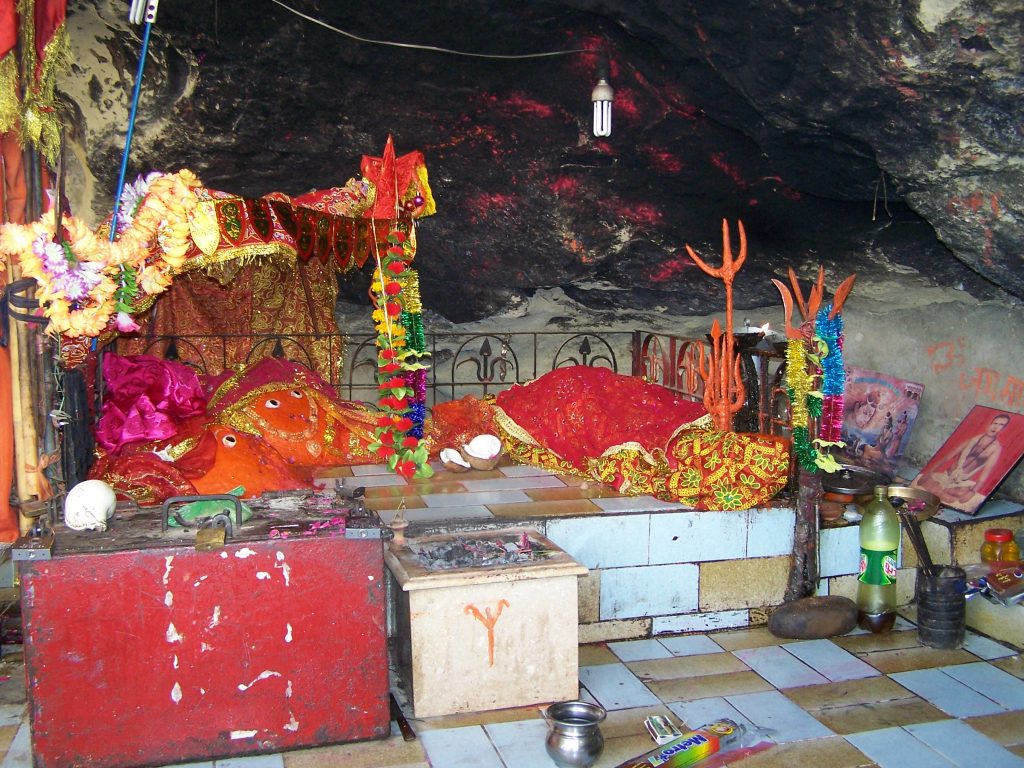 Shakthi Peeta refers to the places of worship where Shakthi is established. The word Shakthi roughly translates to valour, boldness, power, energy or dynamism. Peeta refers to the seat of establishment. Shakthi refers to the most fundamental and powerful goddess (Devi) of the universe. Shakti is the underlying power of the creation and its existence.  She is considered as the cosmos itself.  Adi Sankara in his Saundaryalahari states “if Shiva is united with Shakthi, He is able to create. If not, He is incapable of even stirring.”

King Daksha, son of Lord Brahma performed Vrishaspati yagna (sacrificial fire) in Kankan (near Haridwar) to avenge Lord Shiva during Satya Yuga.  Satya-Yuga, the first of four Yugas is the age of truth. This era is considered as the Golden era as gods governed humanity and people engaged in noble deeds. Daksha’s daughter Sati had married Lord Shiva against her father’s wishes. King Daksha had invited all deities except Lord Shiva and Sati. Sati decided to attend the Yagna though uninvited, despite Lord Shiva dissuading her from attending the Yagna. Lord Shiva eventually relented to her plea to attend the Yagna and had his Ganas, escort her. At the yagna, as Sati was an uninvited guest, she did not get the respect due to her from her father. King Daksha also insulted Lord Shiva. Sati, unable to bear the insult of her husband jumped into the yagna. Upon learning about Sati’s death, Lord Shiva became furious. He destroyed the yagna and cut off Daksha’s head and later replaced with that of a male goat as he restored him to life. Daksha, then completed the Yagna in the presence of all divinity. Lord Shiva carried the corpse of Sati and started Tandava, the celestial dance, which is the source of the cycle of creation and destruction.  Aghast at the dance, the other gods requested Lord Vishnu to stop the destruction wrought by Shiva’s tandava. Lord Vishnu then used his Sudarshana Chakra which cut through Sati’s corpse. The various parts of the body fell at several spots establishing Sati in these places creating Shakthi Peetas. In Shakthi Peetas Sati is worshipped.  Sati, the wife of Lord Shiva is Shakti and is worshipped in Shakti Peetas in various manifestations as Parvati, Durga, Dakshayini or Kali.

There are four Shakthi Peetas according to the Shiva Purana, the Devi Bhagvatha, the Kalki Purana and Ashta Shakthi which are known as Adi-Shakthi-Peetas.

The first Adi Shakthi Peeta or the temple where the body part or ornament of Sati fell on earth is located in Puri, Odisha where the Pada Khanda or Bimala (the name of the presiding deity) the ornament fell. The second place is in Berhampur, Odisha where Sthana Khanda or Tara Tarini fell. The third is in Guhawati – Assam, where Yoni Khanda or Kamakya fell and the final place is in Kalighat, Kolkata where Mukhta Khanda or Dakhina kalika fell. Apart from these four Peetas, religious texts recognise 52 places spread across India, Srilanka, Bangladesh, Nepal, Bhutan, Tibet and Pakistan as Shakti Peetas.