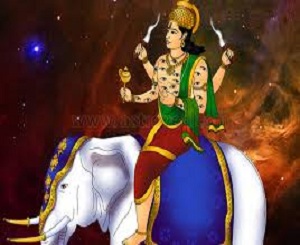 Yoga Nidra is a type of meditation, and in general, the term “YOGA NIDRA”, denotes the Yoga Nidra of Lord Vishnu, and he is the one who controls the entire universe through his spiritual powers. According to legend, it is believed that during the Tamil month, Aadi, Lord Vishnu had started his ‘Yoga Nidra‘.

By doing the Yoga nidra, Lord Vishnu is protecting the universe. Based on him, his devotee and the great Madhwa Saint, Sri Guru Raghavendra is also doing Yoga Nidra in Mantralayam, and due to that, day by day he is gaining more and more spiritual powers, and by utilizing the powers, he is showering his enormous grace to his devotees.

Yoga Nidra posture of Lord Vishnu can be seen in temples like Srirangam and Thiruneermalai, and in Padmanatha Swamy Temple at Kerala.

Even in this present life, still some Yoga Practitioners and Saints are doing Yoga Nidra. By doing Yoga Nidra, our mind would be controlled, and we would feel as if we are relaxing in the heaven.

But still some people are not aware of the true purpose of Yoga Nidra performed by Bhagavan Vishnu. Whenever people get any problem, they are simply telling that “if Lord Vishnu sleeps day and night then how come he would be aware of our problems”! For getting clarity about the almighty, people should read the ancient puranas, Vedas and other holy texts, and must find out the correct reason about the Yoga Nidra of Lord Vishnu.

Let us deeply worship the great Lord Vishnu Bhagavan and his sincere devotee Prahalada and be blessed.